ANNOUNCING CHARLES PIKLER'S "NO TREBLE AT ALL" TAPE TRANSFER SERVICE

Rates starting at $50 per hour.

Mr. Pikler will coach and prepare violinists or violists for a professional symphony or opera orchestra audition;   If interested, please inquire via Mr. Pikler's  e-mail.  Submit a 15-20 minute sample of your playing, which best demonstrates your skill.  The repertoire choice for this sample can include (but not limited to)  a concerto, etude, sonata, and/or orchestra excerpt(s)  Please indicate college degree status and if currently enrolled in a program at a school, conservatory, or university.

Charlie:   Maestro Constantine; are you aware that I recently stuck my finger into an electric socket and did not get electrocuted?

Andrew:   Heavens!  How could this be possible?

Charlie:  Simple!  I am a poor conductor!

September 17, 2019: Charlie Pikler is enjoying as much performing in retirement as when a full-time CSO member. In Summer 2019, he returned once again to play in the Grand Teton Festival Orchestra. He also has been subbing with the Fort Wayne Philharmonic, the Lake Forest Symphony, Peoria Symphony, Highland Park Strings,  Northbrook Symphony Orchestra and more.

In June 2019, Charlie Pikler was honored by his hometown of Norwich, Connecticut, being awarded the 2019 Norwich Native Son Award by the Norwich Rotary Club and the Norwich Woman's City Club. https://www.norwichrotaryevents.org/charles-pikler-2019-norwich-native-son/

In addition to his professional activities, Charlie is enjoying performing outreach concerts at retirement homes, and curating the complete recordings of his late teacher, Bronislaw Gimpel, a long-term project begun in 1999.

Charles Pikler joined the Chicago Symphony Orchestra as a first violinist  and, in 1986, he was named principal violist. Upon his retirement in October 2017, he received the Theodore Thomas Medallion for Distinguished Service.

Pikler studied the piano with his parents and violin with Ben Ornstein, Bronislaw Gimpel at the University of Connecticut and Roman Totenberg at the Tanglewood Young Artist Program at the Berkshire Music Center. While a student, he appeared as soloist with the Hartford Symphony Orchestra, Eastern Connecticut Symphony and Manchester Civic Orchestra (CT), among others. In addition, he earned his Bachelor of Arts degree in Mathematics with Honors from the University of Minnesota.

He launched his musical career as a violinist with the Minnesota Orchestra in 1971, later becoming a member of the Cleveland Orchestra (1974 to 1976) and the Rotterdam Philharmonic (1976 to 1978). In 1978, at the invitation of Sir Georg Solti, Mr. Pikler became a member of the first violin section of the Chicago Symphony Orchestra. Following the retirement of the longtime principal violist Milton Preves, Pikler was named his successor in 1986, as the Prince Charitable Trust Chair, eventually becoming the Paul Hindemith Principal Viola Endowed Chair.

Pikler has been featured as a soloist with the CSO under Sir Georg Solti and Daniel Barenboim, as well as with other titled and guest conductors such as Sir Andrew Davis, Pierre Boulez, Harry Bicket, Charles Dutoit, Sir Mark Elder, Dennis Russell Davies, Asher Fisch, Nicholas McGegan, and James Levine. Additionally, he has also been soloist with the Kingsport Tennessee Symphony, Orchestra of the Pines in Nacogdoches, Texas, National Symphony Orchestra of Costa Rica and National Taiwan Symphony Orchestra.

A chamber music enthusiast, he has performed with several ensembles, including the Chicago Symphony String Quartet and the Tononi Ensemble with pianist Susan Merdinger. Pikler has been a guest artist with the Daniel String Quartet in Holland, the Vermeer Quartet of De Kalb, and the Louisville String Quartet. In 1990, he performed Frank Beezhold’s Viola Concerto, which was composed for and dedicated to him, with the Civic Orchestra of Chicago at Orchestra Hall. He also has recorded it in the composer’s own transcription for piano and viola with Dorothy Shultz.

He has recorded Easley Blackwood’s chamber music with the composer for Cedille Records. He was featured as soloist on the Sewanee Symphony’s 2003 recording of Berlioz’s Harold in Italy for Solo Viola and Orchestra, with Victor Yampolsky conducting. In 1995 and 1996, he served as guest principal violist for the Boston Symphony under Seiji Ozawa and was a guest violist at the Bay Chamber Concerts in Rockland, Maine. Pikler participates in the Grand Teton Music Festival in Jackson Hole, Wyoming. While on sabbatical from the CSO during the 2014–15 season, Pikler performed as a substitute section violist at the Lyric Opera of Chicago for two operas by Strauss and Wagner.

Mr. Pikler served on the faculty of Northwestern University, North Park University, Northeastern Illinois University, Wheaton College and the American Conservatory of Music. He coached the violists of the Civic Orchestra of Chicago, as well as other ensembles at the Midwest Young Artists program in Highwood, Illinois. Pikler is the founder and music director of I Solisti, a chamber orchestra which is part of the Midwest Young Artists program. Pikler has taught or given Master Classes at prestigious universities, conservatories and music festivals such as Eastman School of Music, University of Missouri - Kansas City, Sewanee Music Festival, and others.

Pikler and his wife, Ruth, have two sons, David, a Math teacher in Houston's prestigious Village School, and Andrew, a software engineer in Tel Aviv, Israel and a daughter, Amy, a violist with the San Antonio Symphony and soon to be member of the Utah Symphony.

During retirement, Pikler is completing a massive archival recording project he started in 1999, namely a remastering of the recordings of his late professor Bronislaw Gimpel.

“Charles Pikler has emerged as a violist of real stature, with the special gift of finding and projecting the deepest melodic strains in this music. . [Bartok's Viola Concerto]. This music has never made so forceful an impression on me. It was highly idiomatic, passionately sung, and poignant beyond words.”

“Pikler is a superb violist and, playing from the score, he did everything possible to breathe life into the score's morose ruminations. His tone --dusky at the low end, violin-like on the top-- was wonderfully free of the nasality that afflicts so many solo violists and he drew examplary support from Solti and his colleagues.”

“He sang the opening solo [Hindemith's Der Schwanendreher] with a mellow, seamless sound....Nothing fazed Pikler technically,, certainly not the many double stopped passages in which the viola accompanies itself. He even made the awkward scrubbing of the finale sound musical.”

“He played extremely well with a tone firm and large, navigating the numerous rapid passages at an incredible clip with complete facility.”

“It was Mozart's Violin Concerto in D major, K. 218, played on viola by Charles Pikler, the star of this versatile, accomplished orchestra. The result gave the appearance of a happy post-Mozart anniversary celebration. in fact, the concerto was performed with joyful musicality technically exquisite in addition to a beautiful bell-like sound rendered with stylistic understanding. ”

“I am beyond grateful and honored to be a student of Mr. Pikler. Mr. Pikler is an absolutely remarkable person. Since my first lesson, he has been my musical inspiration and role model. I admire his immense dedication to music and his students, his vast knowledge and high encouraging spirit. I cannot thank him enough for the years I have worked with him and for all his tremendous help.”

“Mr. Pikler is one of the most influential figures in my life, from both a musical and personal perspective. As a musician, his guidance and immense knowledge of the viola’s solo, chamber, and orchestral repertoire, as well as his deep understanding of how to effectively and beautifully play the viola has shaped my very identity as a musician. I progressed rapidly under his teaching. As a person, Mr. Pikler is one of the nicest men I have ever had the pleasure to spend time with, with his funny quips and genuine care for his students. I think I speak for myself and for other students in his studio when I say I view him as one of the greatest mentors I’ve ever had, as well as a caring father figure. ”

— Jacob Rollins, Viola student at the Eastman School of Music

“Charles Pikler is a superb instructor. His wealth of music knowledge and his passion for the viola is wonderful, and he's always willing to do whatever it takes to help his students reach the next level. I never leave my lessons without a smile on my face.”

“Charlie Pikler has been an essential teacher and coach for me since I first switched from violin to viola at age 16. He helped me gain acceptance into the ILMEA All-State Honors Orchestra as a high school junior after only a few short lessons on viola. Now that I have graduated from Eastman and USC Thornton School of Music, Charlie has been an indispensable help to me in refining my playing of the orchestra excerpts required for professional orchestra auditions. His knowledge of the symphonic and operatic repertoire as well as the solo repertoire for violin and viola is encyclopedic and profound. He combines his knowledge and performance experience with a true passion for teaching and he has helped me play my auditions with confidence and ease. Best of all is his great sense of humor and a unique gift for solving all kinds of technical and musical problems we face as violists. Update 2022: As a result of Charlie's coaching and mentorship during the Pandemic, I have now won trials with four professional orchestras in Europe! I am deeply grateful for Charlie's dedication to teaching and his unwavering support!” - Sarah Greene Constantine

“At a time when I was starting to burn out and playing music was becoming a chore, Mr. Pikler reminded me of what originally attracted me to the art. I admire his immeasurable knowledge in his field, his self-assurance regardless of the circumstances, and his refusal to accept anything less than my best. His love for music inspires me in all that I do.”

“Mr. Pikler's teaching directly impacted my son's acceptance as a viola major to many of the top music conservatories with significant scholarship offers. His expertise in audition preparation, literature knowledge, and performance technique is unequivocally second to none. His passion for his students' success is genuine. I could not think of a better educator and mentor for my son.” 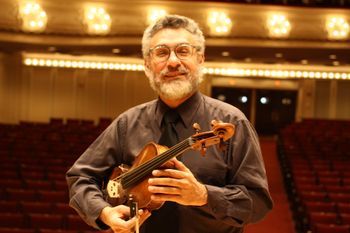 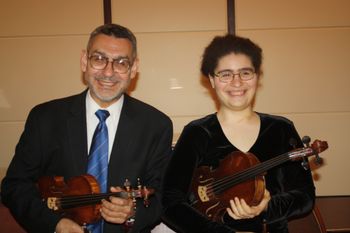 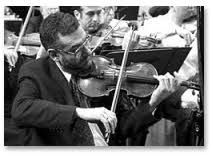 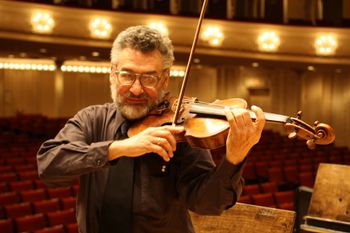 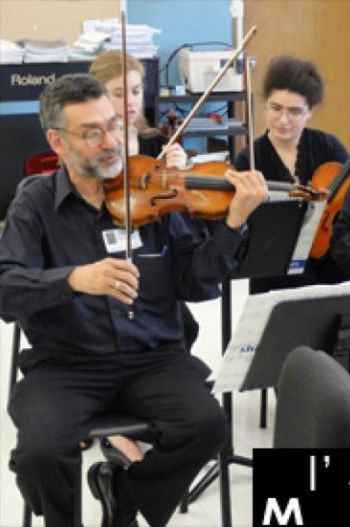 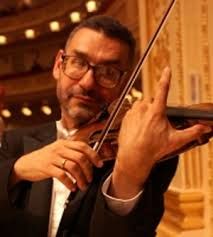 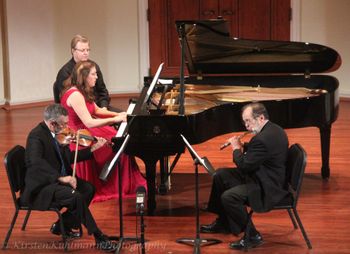 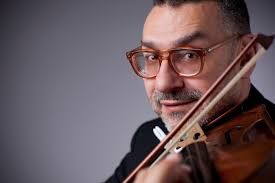 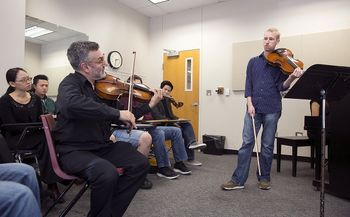 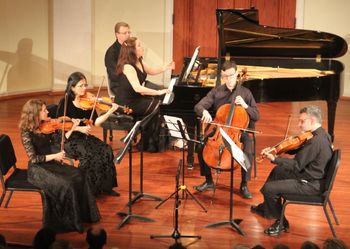 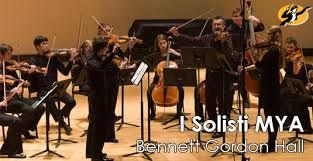 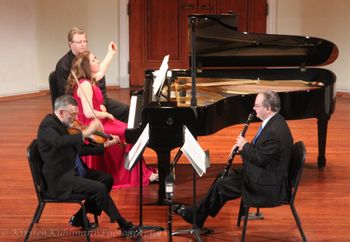 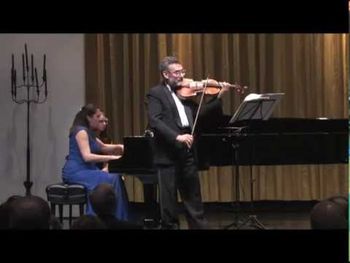 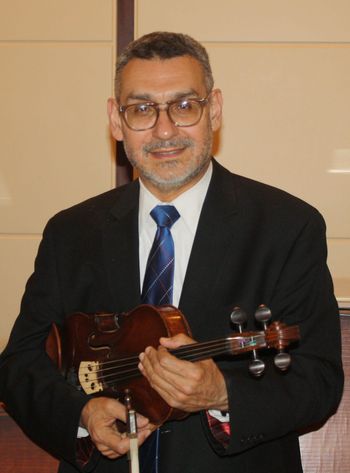 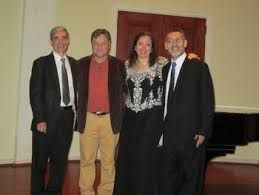 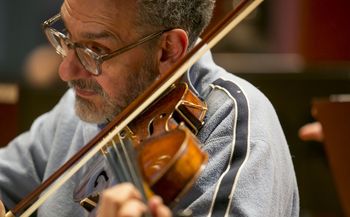 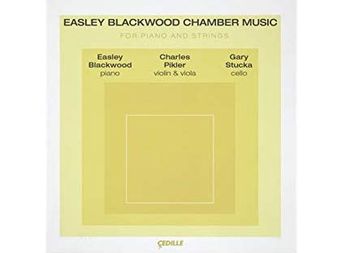 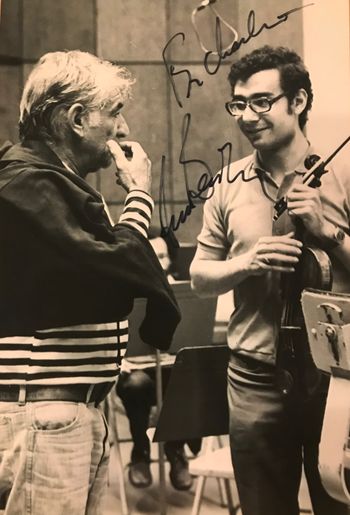 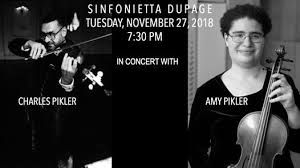 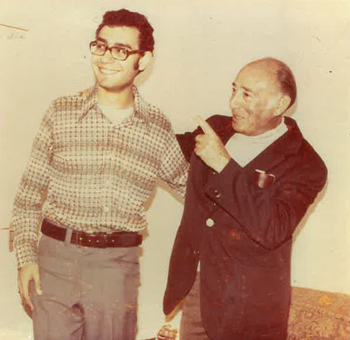 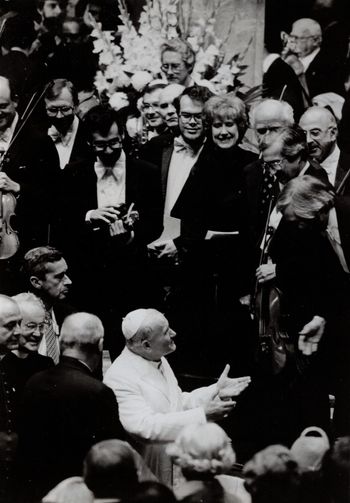 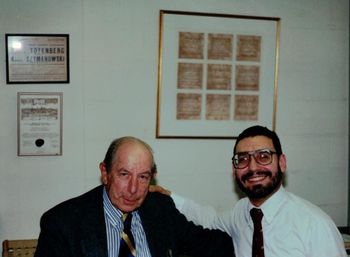 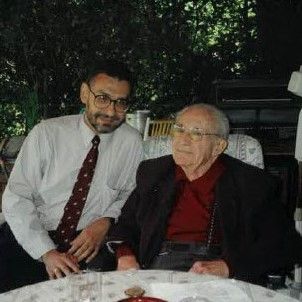 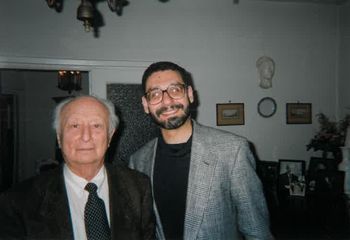 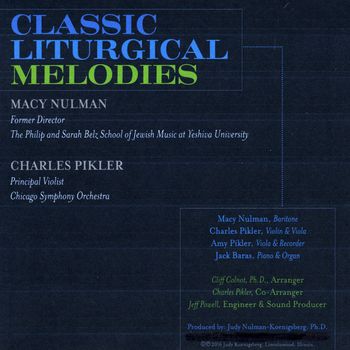 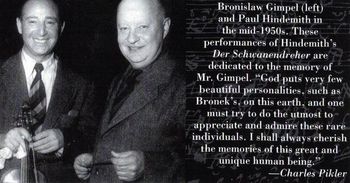